The Delicate Science of Idea Validation

Think you have a great business idea? Great! Welcome to the club.  Now the challenge is to ensure that this new idea is not only accepted but that it will provide real value to the organization. Most ideas start off as just that - a small idea! The trick is to understand how to de-risk the idea and prove that it will be worth developing.

Coming up with a great idea gives you the feeling that nothing can stop you until you unleash your idea into the world. However, there are some classic roadblocks that definitely can, and will, hinder the idea if you are not careful. Rigorous roadblocks impede the validation process and can spell the death of just about any idea, no matter how innovative.

The razor-thin line between success and failure lies in how you approach testing and validating your initial idea. The decisions you make early on in this process are critical in determining your future trajectory and the chances of the idea sticking.

So what is the best way to approach the complex idea validation process? To begin, let’s take a look at some of the main roadblocks that organizations should focus on avoiding:

Innovation requires risk-taking. As the adage goes, “You can’t steal second if your foot is still on first.” Can you ever really know if your new idea will stick?  Probably not.  One thing you can do, however, is experiment, gather evidence, learn, and move fast. This will make your new idea feel more like science as opposed to art. When you leave your self-doubt behind, you are able to gather real evidence and analyze it objectively. This leads to a much more focused ability to make key decisions on whether to push on, pivot the idea, or abandon it altogether.

While this may seem counterintuitive, it is essential to stay true to yourself and not become weighed down by other opinions. While it is very important to work with others and build a dependable team, it is wise to maintain objectivity and leave your bias at the door.

You didn't come up with this idea because someone else convinced you that you should. You did it because you saw a problem to solve. Seeking confirmation from people who don't understand is a great recipe for failure. You can take advice from others but don't be emotionally tied to their responses. Be confident yet honest in the decisions you make throughout the idea validation process.

The Sunk Cost Fallacy describes our tendency to follow through on a project where we have already invested resources into it, even where the costs outweigh the benefits. It is important to be honest with yourself about the reality of the idea, no matter what stage you are at. It can be easy to become focused on past investments instead of the actual present reality, meaning that you should never become too attached to the past. Always try to remain unbiased and present.  Also remember, we can be very determined and stubborn!

So how can you avoid these common pitfalls?

One of the common threads in all of these roadblocks is an underlying fear of failure. It is the assumption there is no risk in maintaining the status quo.  The best way to combat fear in business is with confidence, speed and humility.

Don't sacrifice good for perfect.  As Reid Hoffman famously put it - if you are not embarrassed by your first iteration, you have probably released too late!

As you validate your core assumptions you gain an understanding of the most important problems to solve.  This is where you sacrifice unnecessary “extras” in your solution and focus on the core minimum viable product (MVP). This will net you invaluable early feedback to make the critical decisions in driving your idea forward.  Most often, ideas don’t die, they simply fade away.

Every organization has its unique principles, objectives, and priorities. The trick is to find a delicate balance between discipline and freedom.  The goal is to set objectives without overly constraining the process in getting there.

Ask yourself, do you want mercenaries or missionaries?  Overly constraining the process will produce mercenaries.  Focus instead on defining the purpose of what you are trying to achieve and arm your missionaries with permission and flexibility to achieve that purpose.

3.  Building the Plane on the Way Down

One of the best ways to describe how to effectively validate an idea is to picture yourself jumping off a cliff and having to build yourself a plane on the way down. Once you make that jump, you are already committed! There should not be much focus on fear or caution. Just focus on the task at hand, one step at a time.

A fearless attitude towards innovation

While working to realize a new idea can seem overwhelming, the key is to simplify the tasks at hand and prioritize speed early. This will help you learn from early objective data and guide decision-making during validation.

The most seasoned idea people will tell you that adopting an attitude of learning by doing will go a long way in helping you speed up the process of implementing a new idea in a business. In our compacted and hyper-competitive modern world, it is very important to take risks, learn fast and have a fearless attitude towards innovation.

For more information on business ideas, download our guide, How to Drive New Ideas Forward. 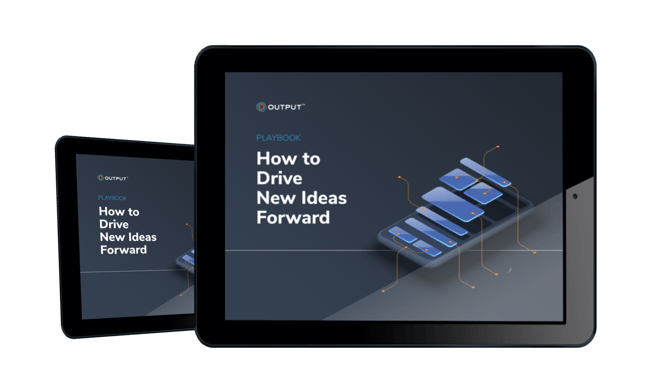 Why Any Innovation Plan Needs a Central Source of Truth

You’ve had an idea that could transform your organization. You’ve done your homework, developed an innovation plan to guide your efforts, obtained buy-in from key... END_OF_DOCUMENT_TOKEN_TO_BE_REPLACED
Process Improvement, Idea Validation
6 minute read

You have great ideas — now what?

You designed the perfect challenge and engaged your employees. You gathered amazing ideas and feedback and have selected a handful of ideas to drive forward. What do you do... END_OF_DOCUMENT_TOKEN_TO_BE_REPLACED
Idea Validation
6 minute read

Testing business ideas can be exciting; maybe you have a new product innovation or internal process improvement that you just know is going to be a hit, and all you need is... END_OF_DOCUMENT_TOKEN_TO_BE_REPLACED